Castropol offers a large natural wealth due to the closeness between the coast and the mountain. Regarding the existence of such different habitats, the types of species of fauna and flora are countless. It also has several protected natural areas and, moreover, it is part of the river Eo, Oscos and Terras de Burón Biosphere Reserve. It also has distinctions of species classified as 'Special Interest' such as yew, cork, holly or ash.

The parishes of Presno and Balmonte are the most inland and highland in the council and, within them, special mention must be paid to places like Cioyo’s Waterfall, Pousadoiro Mountain and Obanza Valley. In this area it is common to find animal species like wolves, roe deers, wild boars, foxes and wild horses.

On the other hand, the river Eo is one of the most important estuaries in the north of Spain, reaching 10 km from its mouth at sea to Vegadeo, in a north-south direction, with average widths of about 800 m. In its shore we can find some beaches of pebbles and gravels as well as important sideways coves of sand and mud, highlighting La Linera’s coves.

In the river Eo, the fluvial waters mix with marine ones forcing species living here to face up strong changes in salinity and floods throughout the day, alternating with hours of exposure to air, sun and wind depending on the tides. Enduring these drastic conditions requires a high level of adaptability that only a limited group of species has managed to achieve, although it is true they make a large number of them.

In addittion, the river Eo is an important place to halt by and replenishment of fuel for birds which travel from the north of Europe towards Africa. Other species find winter in the estuary and the river Eo mild enough and loaded with food to they stop here by during their trip.

The importance of this estuary from the ornithological point of view has motivated its inscription as a Special Protection Area for Birds (SPA). In addition it has also been recognized as a Site of Community Importance (SCI) which brings with it its incorporation to the future European Network of Protected Spaces (NATURA 2000). It has as well been included in the List of Wetlands of International Importance (Ramsar Convention, 1971). Since 1988 it is a National Hunting Shelter, and the Principality of Asturias contemplates its declaration as Partial Nature Reserve. On September 18, 2007, UNESCO included the Eo estuary in its list of Biosphere Reserves, along with Los Oscos and Tierras de Burón. 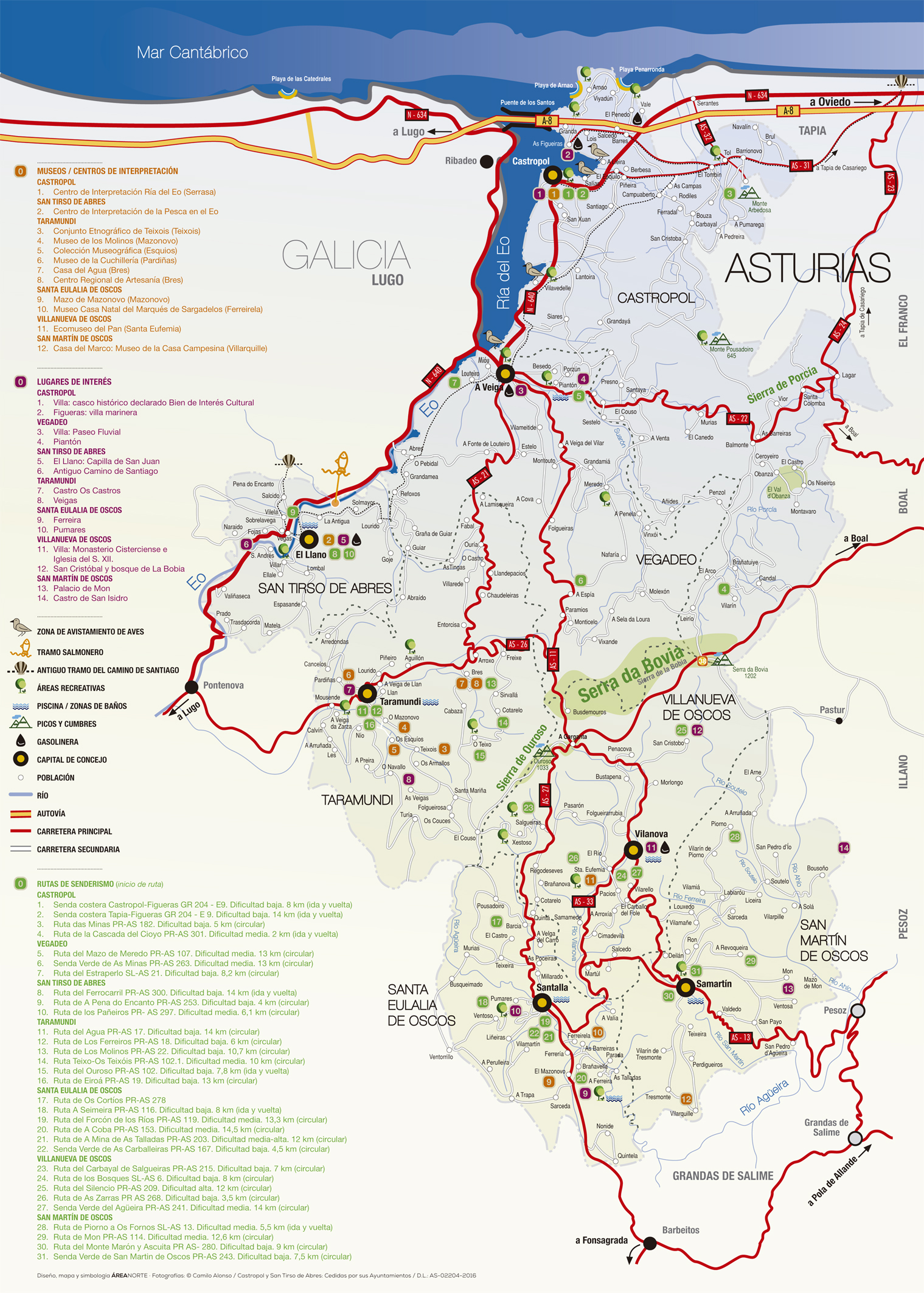 View all posts by: castropolturismo